Because it tastes good

...thinking about eating food because it tastes good.

Since I've started on this FINAL journey, I've done a lot of thinking and a lot of reading about food, over-eating, emotional eating, just eating, etc.

I dunno.  Maybe.  I do think sugar is bad joo-joo for me, which made it sometimes difficult to stop.  But that's physical, not emotional.

It seems that since I've mostly gotten rid of the sugar noise, I'm better able to look at some of the food things in the past with a bit of a different eye.

It seems that in the past, I had a lot of mindless eating, eating just that little bit more because it really wasn't enough to save, eating just to eat, getting a large even though a small would do.

I kinda think that I just got into the habit of overeating.  And that habit was a big, bad one!

I hope the control and objectiveness I have about food right now stays with me forever.  I really think the fact that I've allowed myself to be fallible and to eat whatever I want when I choose is working for me.  There've been a few times over the last few months where I've made a "different" choice, e.g., had a piece of baklava, had some bread, eaten fried chicken, etc.  I've just made sure that it was something I really wanted and that I was aware of what the short-term and possible long-term consequences were.

I hope to be able to make it a second nature sort of thing at some point in the future.

To that end, I've been really trying to cut out as much added sugar as possible and to avoid "white" food; yes, including potatoes and rice.  If I had to chose, I'd say the rice is harder to pass up.  I guess it's because I was raised on rice!

Tonight that was put to the test.  YumYucky posted a recipe for "fake" mashed potatoes the other day.  The substitute was cauliflower.  So when hubster went to the grocery store for me yesterday, I asked him to pick up a head of cauliflower.  He was immediately suspicious.

Next time, I'm gonna go for the real mashed taters!

I still have a bit of a headache, but it's nothing compared to what Friday and Saturday were like!  I hate migraines!

It's been a bit interesting typing this post tonight.  Maggie the Cat decided she wanted to rest her head on the keyboard. 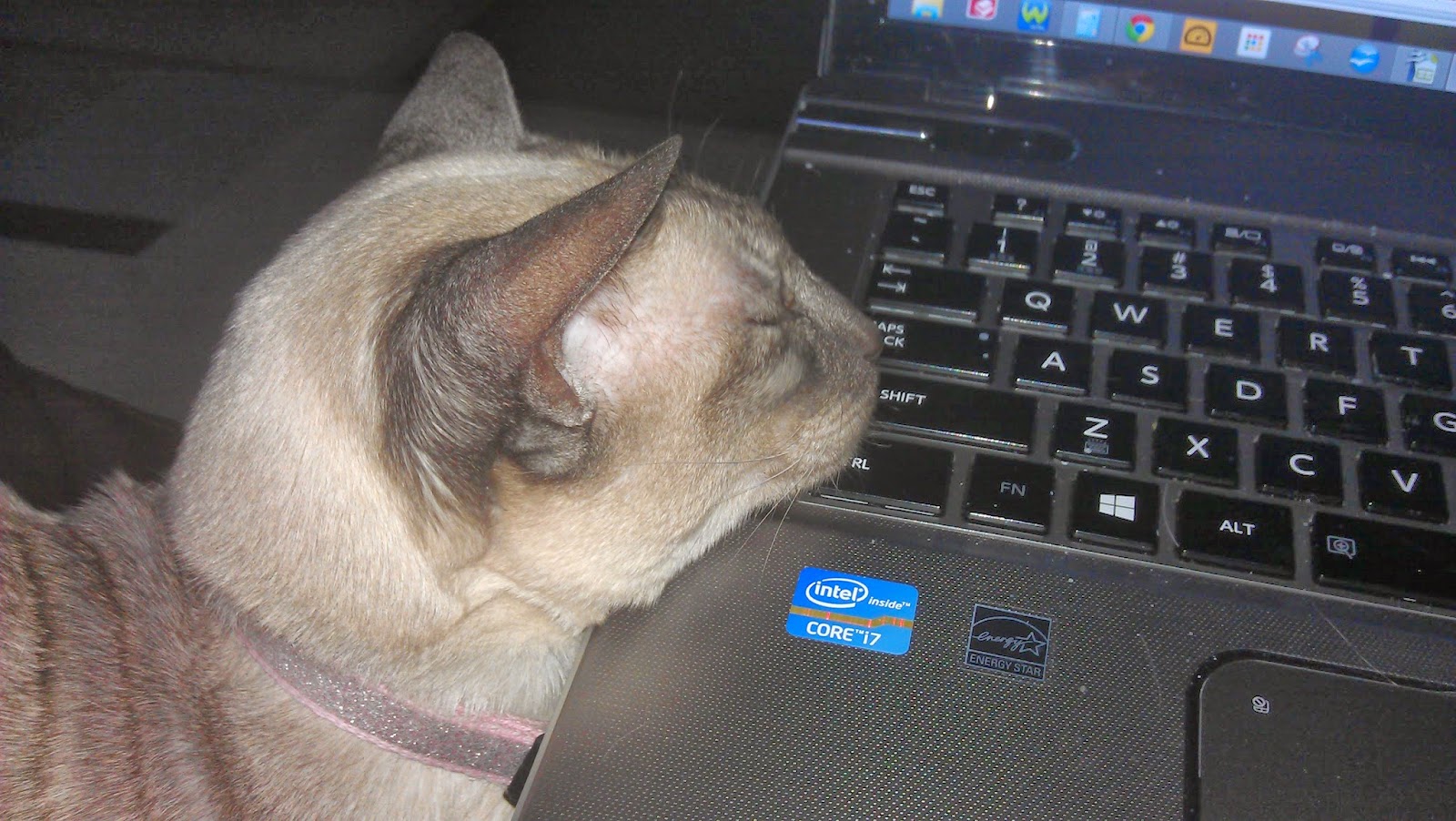 She's such a cutie patootie!

Posted by LuckyMama at 8:49 PM