...thinking about how I maneuvered the party last night.

So, hubster and I went to a "social" last night at a co-worker's house.  The social was just a get-together since the group has a long-term "friend" who is visiting for a few weeks for a collaboration.

To back up a bit - I had some of that scrumptious bacon for breakfast yesterday.  I think I'm becoming addicted to the stuff.  But alas, that was the last of it.  That was about 9:30 am. 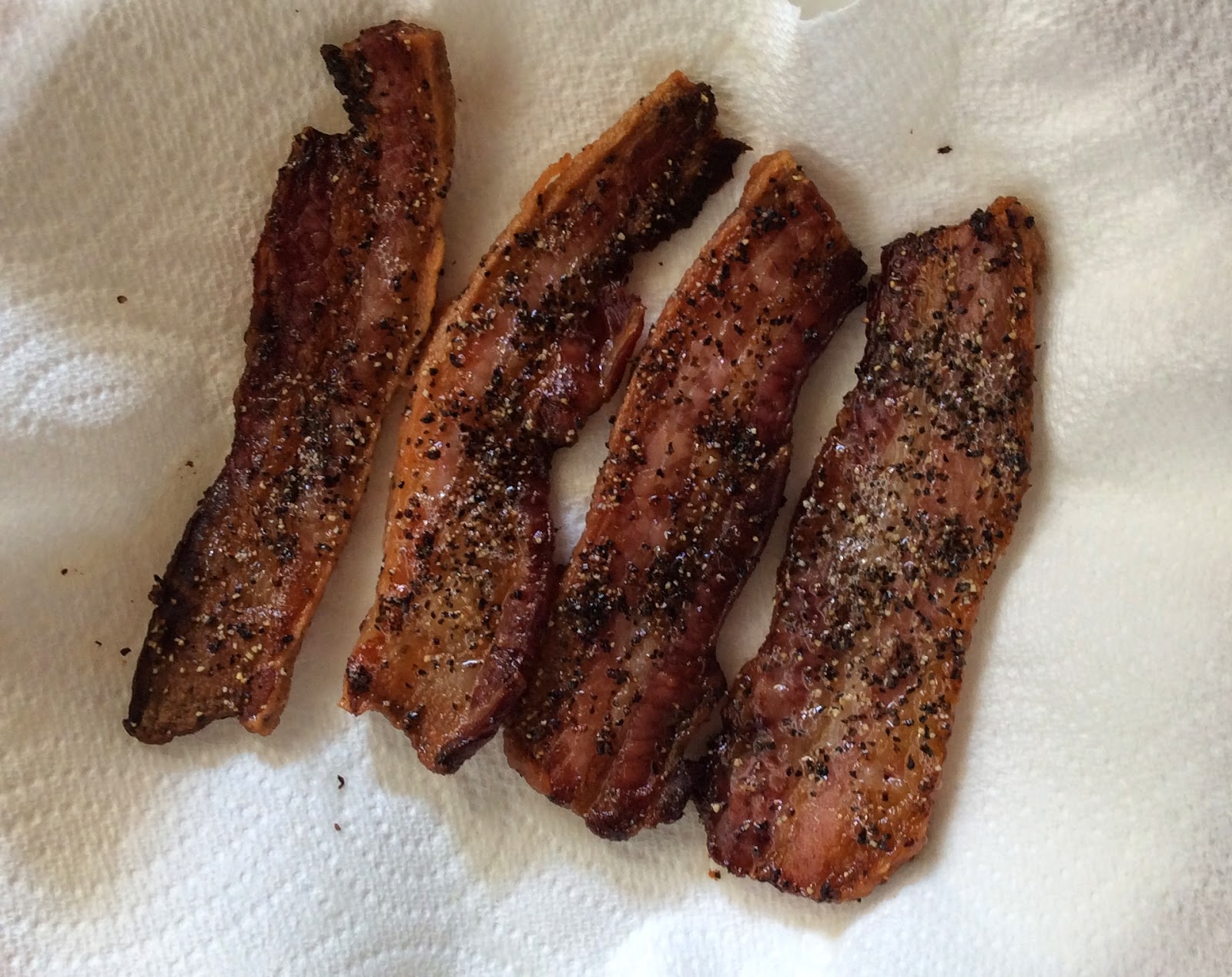 Hubster was flying home yesterday, so I just tooled around the house doing odds and ends.  Then about 1:30, I ate some leftover salmon - about 4 ounces.  Eating wasn't on my mind at all.

After hubster got home, we took a nap and then got ready for the party.  We stopped by the local liquor store and got some beer to take.  We also bought two 16 oz. diet sodas since I didn't know what the drink options were and I had already decided that I wasn't going to drink any alcohol.

As we drove to the party, I realized I was starving.  We didn't have time to stop to eat and I didn't know what food, if any, was going to be served.  I was in a bit of a food pickle.

Anyway, we get to the party and we're all outside hanging out around the pergola and gazebo.  I see someone with a plate of food that had cucumbers on it, so I wandered into the house.  The table was packed with food (I'm such a schmuck - I didn't take anything, but didn't know I needed to).  There was some turkey sausage with onions, vegetarian chili, cucumbers, carrots, homemade hummus, dumplings, and other stuff I can't remember.

I got three slices of the sausage (perhaps 2 oz), maybe a 1/4 cup of the chili, some of the cucumbers, and some hummus.  I *really* wanted to get some of the dumplings since they're my favorite Asian treat, but I knew I wouldn't stop with one.  Everything fit on the little cake plate with room to spare, so it wasn't a lot.  I had made up my mind that hubster and I would eat after the party, so I just needed something to stave off the hunger.

Since I know me and tables of food, I stayed outside the entire time we were there.  That was a good thing too.  After eating that little bit of food, I could feel my hands swelling up.  There was something with a lot of sodium in it.  I'm thinking it was the turkey sausage and/or hummus, but I'm not sure.

So later in the evening, what happens?  They bring ALL the desserts out to the table in the gazebo!!  WTF?!?!?!  Keep that shit in the house!  I'm outside because the food was inside!!!!  I don't want it around me.  But, of course, I don't say anything.  It seemed to me that there was a bakery on that stupid table, but the two things that stood out to me were the brownies and the baklava.  They were QUITE tempting and it was difficult to not just eat it.

Then I saw someone bring out MORE baklava and saw that it was from a box.  So, it didn't meet the DIP standard of eatability since it wasn't fresh, but processed.  I really did feel some measure of relief.   That left the brownies - I knew they were homemade and I do like the homemade ones.  I saw hubster eat one of the brownies, so I asked him if it was really good.  Now sometimes he'll lie and say something doesn't taste good, but when he told me 'no' this time, I knew he was telling the truth by the way he scrunched up his nose.  So...no brownie for me either.

After leaving the party, we went to a Peruvian restaurant for chicken.  I was SO hungry that I ordered half a chicken along with some green beans.  I didn't eat all the chicken and ended up bringing the breast home.

The scale was up this morning, which is frustrating.  I don't think I was off track such that the scale should have been up.  Having said that, I looked back at my sodium intake and it's been quite high the last few days.

In my craziness, I give the scale anthropomorphic qualities.  And I swear, it's trying to teach me patience.  Instead of the scale going down to get to the 250's, it's up!!!  DAMN SCALE!  The threats I've made against the scale haven't phased it a bit!  One day soon I hope!

Onward!
Posted by LuckyMama at 9:14 PM