The weather around here has been a little wacky.  It was close to 90 one day, but then was only in the mid-60's today.  We expected some heavy rain last night, but it didn't happen at our house even though it rained cats and dogs about a mile away.

We walked around the yard this morning before work.  The tulips are gone, but the crocus' are in bloom and beautiful!  They're my new favorite flower of the moment! 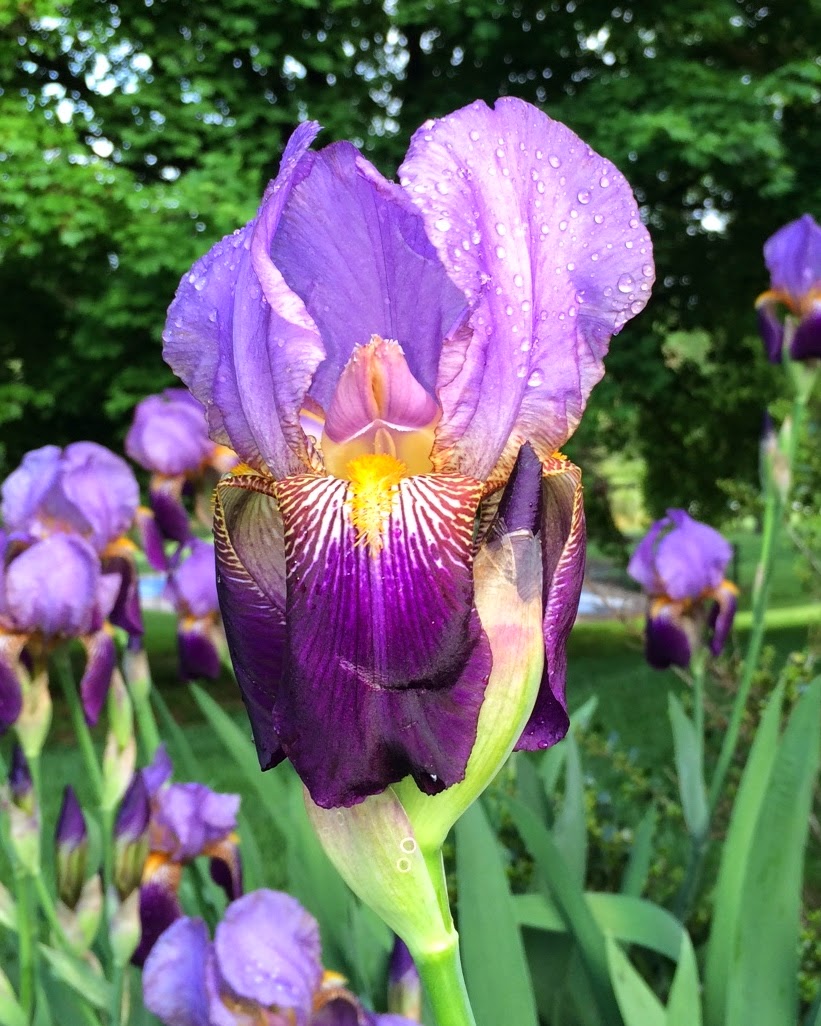 The scale was up a hair this morning, but it is THAT time so there's not a whole lot I can do about that.  Food choices were good; protein was higher than normal due to some mixed nuts I had mid-afternoon.  Why does it seem some women are hungrier when they're hormonal??

Being the nerd I am, I calculated today that given my current weight loss trajectory, I'll be at 175 around mid-July 2015.  In one sense, it doesn't seem like such a long time away.  It's a date that's not too far in the future.  On the other hand, there's a lot of days between here and there.

There's a part of me that really wants to lose this weight as fast as I absolutely can.  I'd like to be one of those folks who loses 100 pounds in 8-10 months.  I mean I'd LOVE to be at 175 at Thanksgiving or Christmas of this year.  Could I do it?  Well, first of all, that would take a shitload of discipline and a LOT of restriction with little to no leeway.  Those two things combined seem like a recipe for disaster...at least for me.  And no, I don't think I could do it.  Even if I could, I don't think I'd be able to keep it off for more than about 42 seconds and I'd be a wreck.

What I am learning is that I can lose this weight, albeit slowly, without making myself crazy.  I know I bitch and moan about it sometimes, but I do feel like I'm learning how to DO all this stuff - from knowing what I'm eating to learning to put food in its proper perspective to not having a sense of desperation about food.  Hopefully, I'm learning the lessons that are gonna help me in the long term and help me keep this weight off forever.  It's kinda strange too - when I think that I've lost 30+ lbs or when I think I've lost 30+ lbs in the last 4.5 months (and those two two distinct and different thoughts), it doesn't seem like it's been such a long time.  On a daily basis, it might seem slow, but in the bigger picture, it's been no time at all.

I think about how I felt when I wrote my first post and compare it to how I feel now - it's a world of difference.  I can only imagine what it's gonna be like to be at all those various points in the future.  I've got 82 different pounds to look forward to to get where I want to be.  I want to make each one count.