Hubster and I renewed our marriage vows with Elvis in front of family and friends in Austin, TX.  It was fantastic and we had a great time!  Our children and two close friends of ours really did a bang up job of getting it all together - it couldn't have been any better!  We are very lucky indeed. 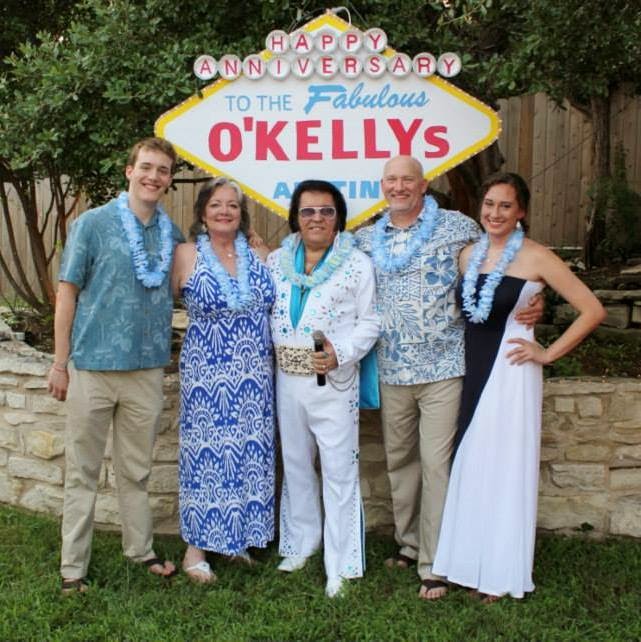 I really didn't know what to expect with Elvis, but let me tell you, he did an outstanding job.  At first, I thought he had some vocals on the track, but it was totally his voice with just back up singers on the tracks.  He did some of the more well known songs and had some hilarious vows.  Hubster and I both had a few tears - it was very sweet.

The sign behind us in the photo above was made by the kids.  Pretty impressive, huh?  It's kinda funny - the sign was to the left of where we stood to make our vows and I didn't see it AT ALL until after we had walked back down the aisle afterwards and my son asked how I liked the sign!  They laughed uproariously when I told them I hadn't even seen it because I was nervous! 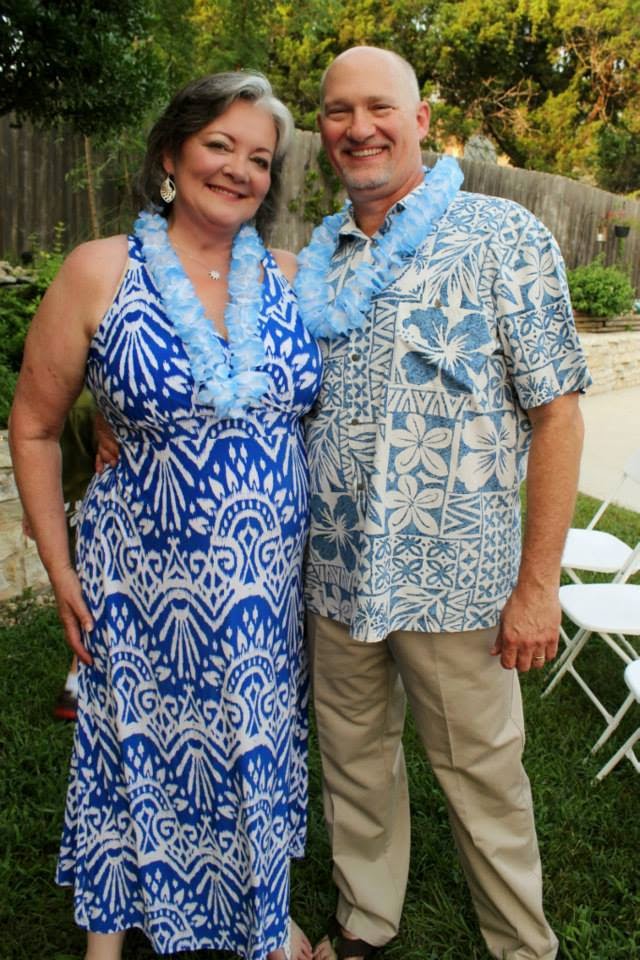 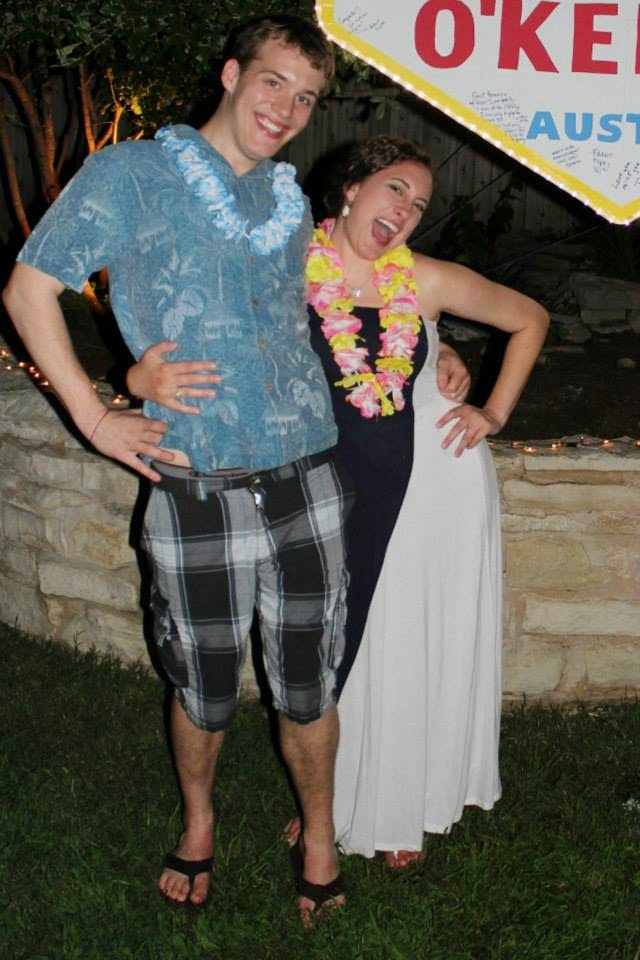 Foodwise, I did okay.  I'm not brave enough to get on the scale at the moment because I'm retaining an inordinate amount of water.  I certainly was off plan, but I didn't binge.  There are a lot of restaurants in Austin that I like, so when we ate out, I ate what I truly wanted without all the crap.  At one restaurant, I wanted fish tacos and cup of tortilla soup - so that's what I got without all the other stuff.  I ordered the tres leches to split with hubster, but we ended up splitting it between three of us with some still left over.  At another restaurant that used to be a big fav, I was so disappointed in my food that I didn't even finish it.  I kinda figured it really had to be worth it and it wasn't...at all.

As far as alcohol goes, I had two margaritas and a single beer during the entire trip.  It just wasn't what I wanted to drink.  This is not the right way to describe it, but I feel worse about drinking Diet Coke than I do drinking the alcohol.

Perhaps it was because of the excitement of being with friends and family, but I don't think I had a lot of food chatter.

More importantly, I'm home and back on track without any issue.  And hopefully, I'll be able to get below the 250 mark soon.  I've been playing with the same 5-7 lbs since May.  While this isn't optimum, I'm not perfect and I feel that I've done a good job given all the excitement of the last two months.  Maintaining is a helluva lot better than gaining and giving up!

And I am NOT ever giving up!

Now - back to my regularly scheduled programming!

Posted by LuckyMama at 8:14 PM