...thinking about the damn scale.  It does seem to have a mind of its own sometimes. 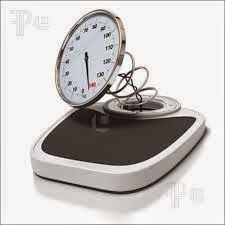 The scale has been up every day for the last four days in a row - and I have been ON POINT!  No slipping, no sliding at all!

I couldn't figure out at first what was going on, so I started looking for clues.

First - when I went to the doctor last week, she added another blood pressure medication.  When I started losing weight, my blood pressure went down to normal, but it didn't last long.  It didn't go back as high as it originally was, but it's still high enough to warrant medication.  Perhaps the medication is doing it.  However, I specifically asked her how it would affect my weight and she said it wouldn't.  So probably not.

Second - I've been having sausage, brie, and cheese for breakfast the last few days - not all willy nilly, but weighed and measure so as to not go wild.  Could it be the nuts and cheese?  I don't think I've had problem with nuts and dairy before, but it's a possibility.

Third - and most likely - I'm getting ready to start.  Over the last year or so, they've become irregular, but all the tell-tale signs are there - so that's probably it.  Dammit!

It was really frustrating at first.  I mean, I've been doing great and THIS happens?!?!  I don't know what the scale will say for the next few days, but I know I'll be on point...and STAY on point.

The combination of the scale, the yucky crampy feeling, and the ever-present stress at work has the potential to lead to bad decisions - and it almost happened tonight.

The last few days have been stressful...yet again!...at work.  As hubster and I are work this evening, I get a message that there's a serious accident and all lanes of traffic are closed.  Of course, it's our route.  Great!  JustGreat!  It will take forever to get home.

We take the back road and make progress, but I ask hubster if he wants to go to the Peruvian place.  He says okay.  So off we head in the direction of the Peruvian restaurant.

But wait...didn't I say that I was going to try and not eat out last week?  And here I am the one suggesting that we go out to eat?  Wait a minute - didn't we eat out last night because we had errands to run after work?  Do I really want to go out to eat?  If we don't go out to eat, there will be less temptation, we'll get home sooner, and we'll save that money.

While I'm considering this decision, I remember being in the car about the same time and about the same place several months ago.  The decision then was whether or not to go out to eat. At the time, hubster didn't want to go, so we came home.  At that time, I remember I got mad and felt quite deprived because I wasn't getting to eat what I had in my mind.  While that time didn't have anything to do with tonight, somehow remembering that helped me.

Decision made and changed - we go home instead.  Dinner was very simple - pork chops.  Quick, easy, and it was done.  I think we save time AND money.  But more importantly, I kept my word.  We've eaten out the one time this week, so done is done!

Posted by LuckyMama at 9:19 PM