We found out yesterday that our oldest dog, Lucky, is in renal failure, which makes us quite sad.  We went through it with Lila, our Corgi, so we know what to expect.  Luckily, we discovered the issue with Lucky early so that's a big help - her creatinine and BUN are quite elevated, but her phosphorus levels are normal.  We'll give her subcutaneous fluids twice a day and keep her on a low protein diet.  While it seems a bit odd to say, other than the kidney failure, she's in good health!  We got her from the pound when she was 3.5 years old.  She had been mistreated, was quite sickly, and had heart worm.  That was Christmas 2000.  We got her all fixed up and she's been an awesome, faithful girl! 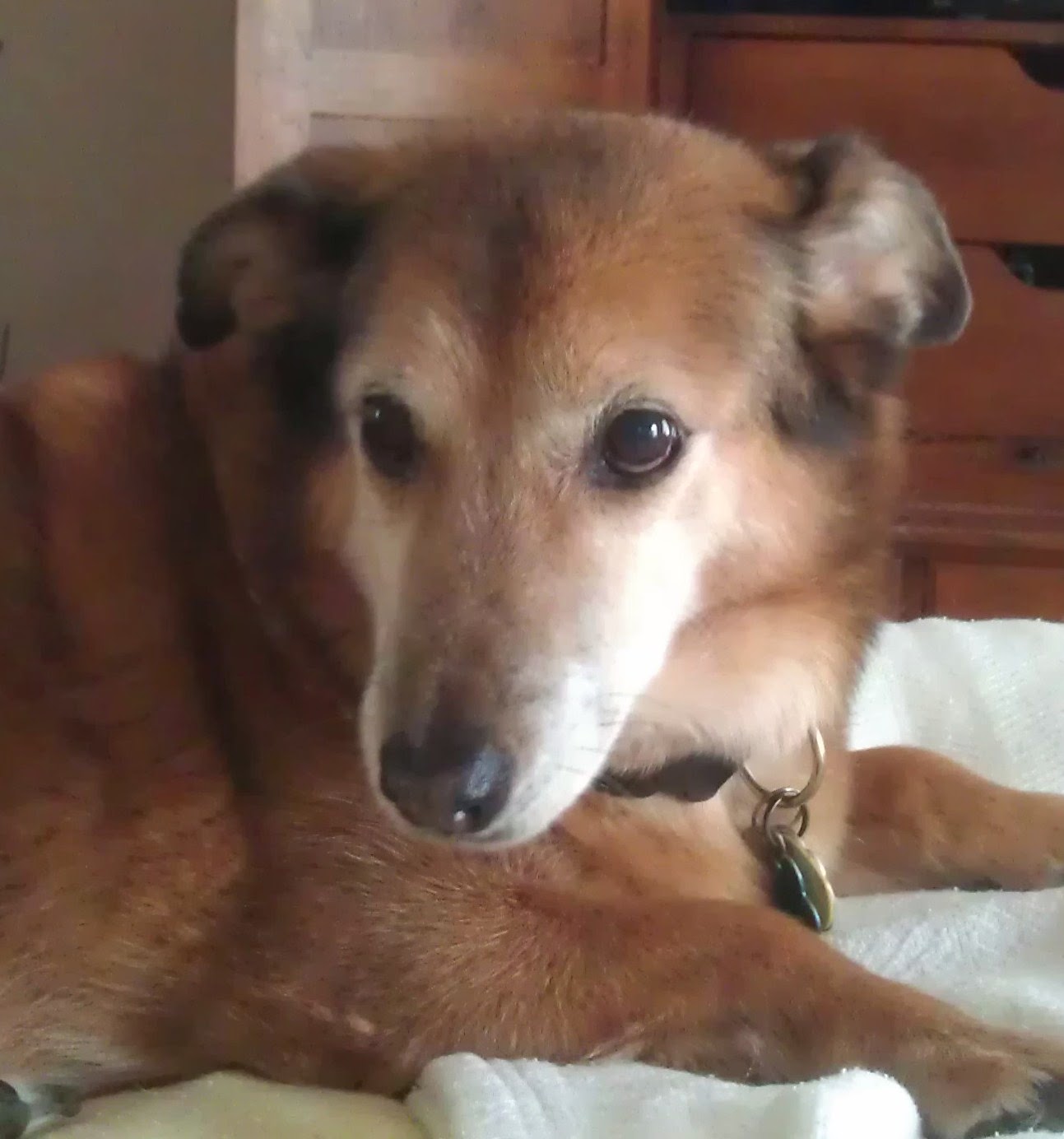 Food-wise, I'm still on it!  We've eaten home each night for the last week except for Tuesday, so that's awesome.  We ate out on Tuesday because of errands we needed to run and knew we'd get home late, so we went to the rib place.  We'll do the same thing for the coming week - eat at home!

One thing I notice eating at home - and hubster commented on it tonight - is that the food we prepare at home generally tastes better than restaurant food.  That's not always been the case - I think we've just become better cooks!

One cool thing happened today.  We always stop at McDonald's for coffee in the morning.  When we got to the drive-thru window this morning, the girl told us that the car ahead of us had paid for our coffee.  How awesome is that?!?!  We were so excited by the kind gesture that we didn't pay for the car behind me, but we will on Monday!

I'm starting to think about Thanksgiving.  My mother and my daughter get here two weeks from tomorrow, and my son, my sister, and my niece get here on Wednesday before turkey day, so I gotta start planning.  We always have just a good family time - nothing over the top at all, but just the comfortableness and contentment of spending time together.

Mama always makes vegetable soup and potato soup.  We have the same conversation every year about whether it's ground beef or hot dogs that go into the vegetable soup.  Mama - it's ground beef!  We always buy an extra ham so Mama will have the bone for the potato soup.  I don't know what it is, but Mama's ham is a lot better than my ham and we all just graze on it.  I prefer the vegetable soup, while my sister prefers the potato soup, so that will be easy!  We also hit Macaroni Grill because Mama loves it.  We've had shitty service the last several years, so we're switching locations this year.

In thinking about the upcoming holiday, I remember and think a lot about the picture that Mama and I took together last year.  It is a terrible picture of me and it ain't so good of Mama either.  I love the pic though because Mama doesn't like having her picture taken and I don't either, so getting one of us, much less BOTH of us actually semi-posing for the camera - well, that's something special.  It don't no matter we ain't beauty queens - we got our own brand o'beauty! 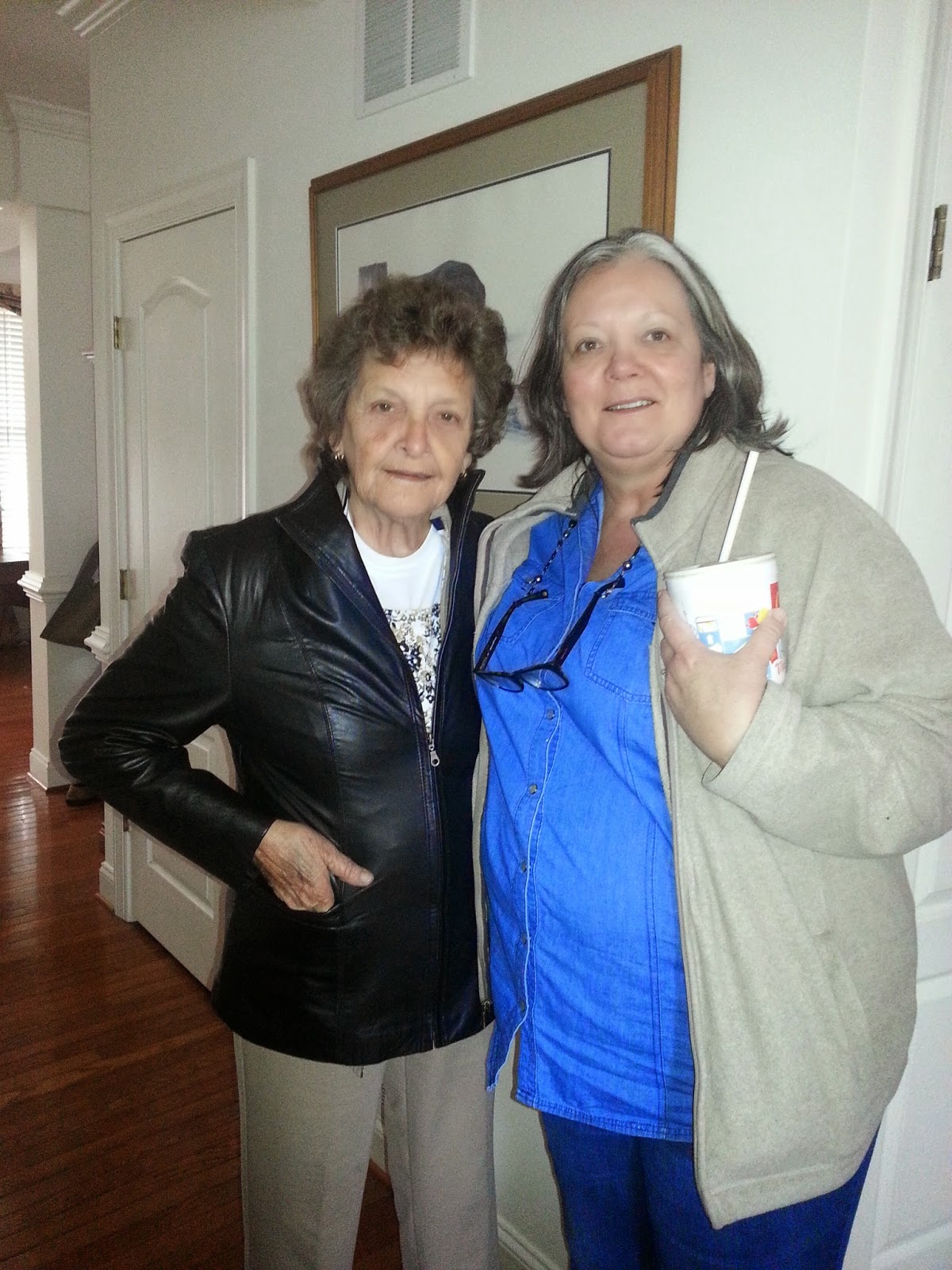 Anyway, when I saw that picture I was close to horrified.  I'm an effing moose!  It helped me start thinking about making changes that needed to be made - it wasn't IT, but it was a help.  That jacket in the picture - I wore it today.  Last year, I couldn't zip it; today, one side crosses the other side by about 4 inches.  I hope Mama will take the same picture in the same spot as last year.